Types of Operating Systems: Some of the widely used operating systems are as follows:

This type of operating system does not interact with the computer directly. There is an operator which takes similar jobs having same requirement and group them into batches. It is the responsibility of operator to sort the jobs with similar needs. 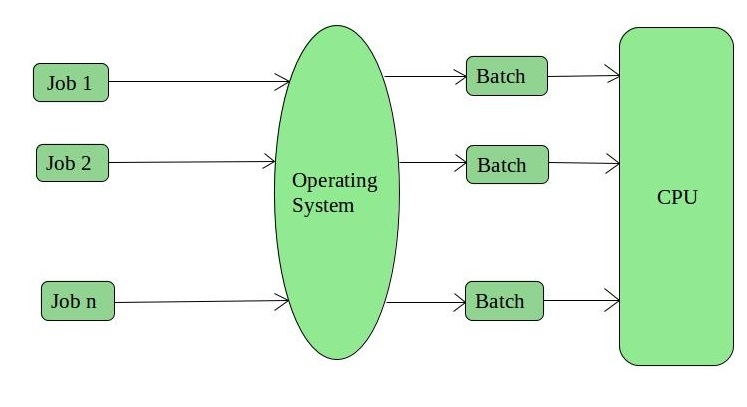 Each task is given some time to execute, so that all the tasks work smoothly. Each user gets time of CPU as they use single system. These systems are also known as Multitasking Systems. The task can be from single user or from different users also. The time that each task gets to execute is called quantum. After this time interval is over OS switches over to next task. 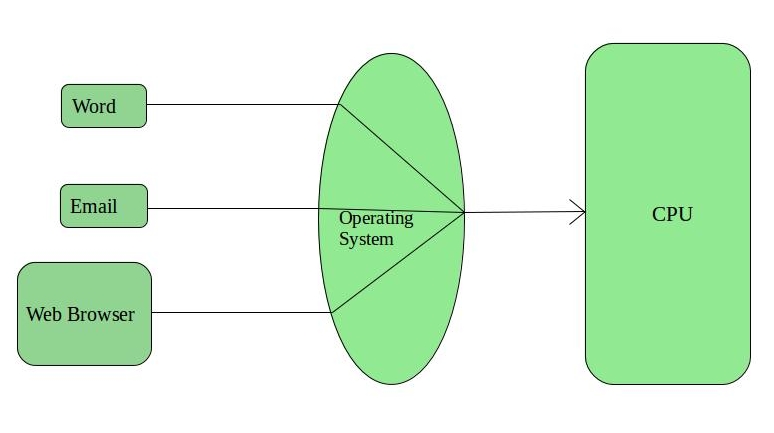 These types of operating system is a recent advancement in the world of computer technology and are being widely accepted all-over the world and, that too, with a great pace. Various autonomous interconnected computers communicate each other using a shared communication network. Independent systems possess their own memory unit and CPU. These are referred as loosely coupled systems or distributed systems. These system’s processors differ in size and function. The major benefit of working with these types of operating system is that it is always possible that one user can access the files or software which are not actually present on his system but on some other system connected within this network i.e., remote access is enabled within the devices connected in that network.

These systems run on a server and provide the capability to manage data, users, groups, security, applications, and other networking functions. These type of operating systems allow shared access of files, printers, security, applications, and other networking functions over a small private network. One more important aspect of Network Operating Systems is that all the users are well aware of the underlying configuration, of all other users within the network, their individual connections etc. and that’s why these computers are popularly known as tightly coupled systems.

These types of OSs serves the real-time systems. The time interval required to process and respond to inputs is very small. This time interval is called response time.

PAY AND HELP US

If this website helps you donation of 1-5 $ will be big Contribution for this. Thanks in Advance