Charter party, contract by which the owner of a ship lets it to others for use in transporting a cargo. The shipowner continues to control the navigation and management of the vessel, but its carrying capacity is engaged by the charterer.

There are four principal methods of chartering a tramp ship—voyage charter, time charter, bareboat charter, and “lump-sum” contract. The voyage charter is the most common. Under this method a ship is chartered for a one-way voyage between specific ports with a specified cargo at a negotiated rate of freight. On time charter, the charterer hires the ship for a stated period of time, for a specified round-trip voyage, or, occasionally, for a stated one-way voyage, the rate of hire being expressed in terms of so much per ton deadweight per month. Whereas on a voyage charter the owner bears all the expenses of the voyage (subject to agreement about costs of loading and discharging), on time charter the charterer bears the cost of bunkers and stores consumed.

On bareboat charter, which is less frequently used in ordinary commercial practice, the owner of the ship delivers it up to the charterer for the agreed period without crew, stores, insurance, or any other provision. Contracts can also be arranged on a lump-sum basis, when an owner agrees to ship a given quantity of a stated cargo from one port to another for a stated sum of money.

The charter party is the document that is subject to scrutiny and interpretation by a court of law in the event of dispute, but, in practice, most disputes are submitted to arbitration.

The term “charter party” stands for the contract between the owner of a vessel and the charterer, which is the one that takes over the vessel for a certain amount of time or voyage. When there is an agreement or contract to carry some goods or provide a ship for carrying the same, a document called charter party contains the contract of affreightment. By this document the ship owner lets the ship for the purpose of carrying the cargo or undertakes to carry the full cargo on the ship.

As defined in the Black’s Law Dictionary, a charter party means a contract by which a ship or a principal part of it, is lead by the owner especially to a merchant for the conveyance of goods on a predetermined voyage to one or more places; a special contract between the ship owner and charters, especially for the carriage of goods etc

The contract of affreightment may be either in the form of bill of lading or charter – party. A bill of lading is a pure and simple contract to carry the goods whereas a charter party involves the complete hiring of the ship itself. In simple terms, if a ship is booked by a shipper for his exclusive use for a voyage or a for certain period of time, that is called a charter party. 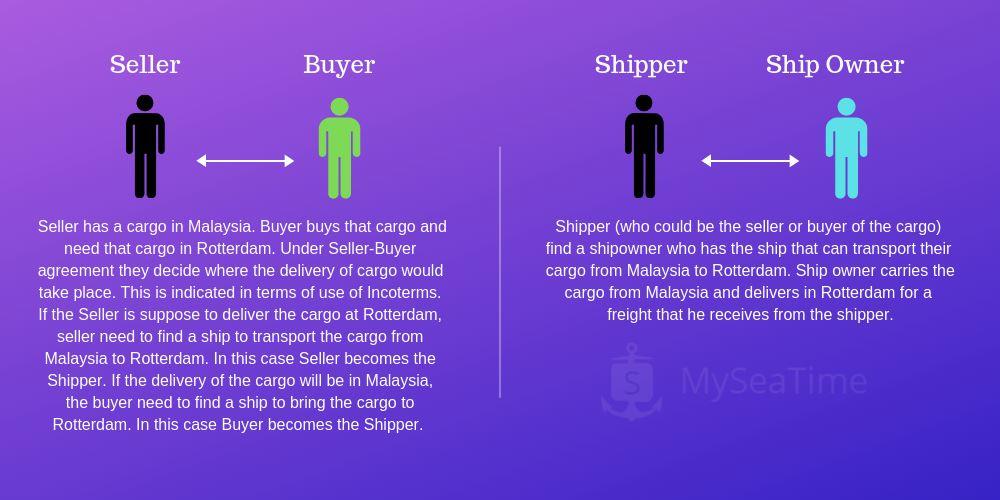